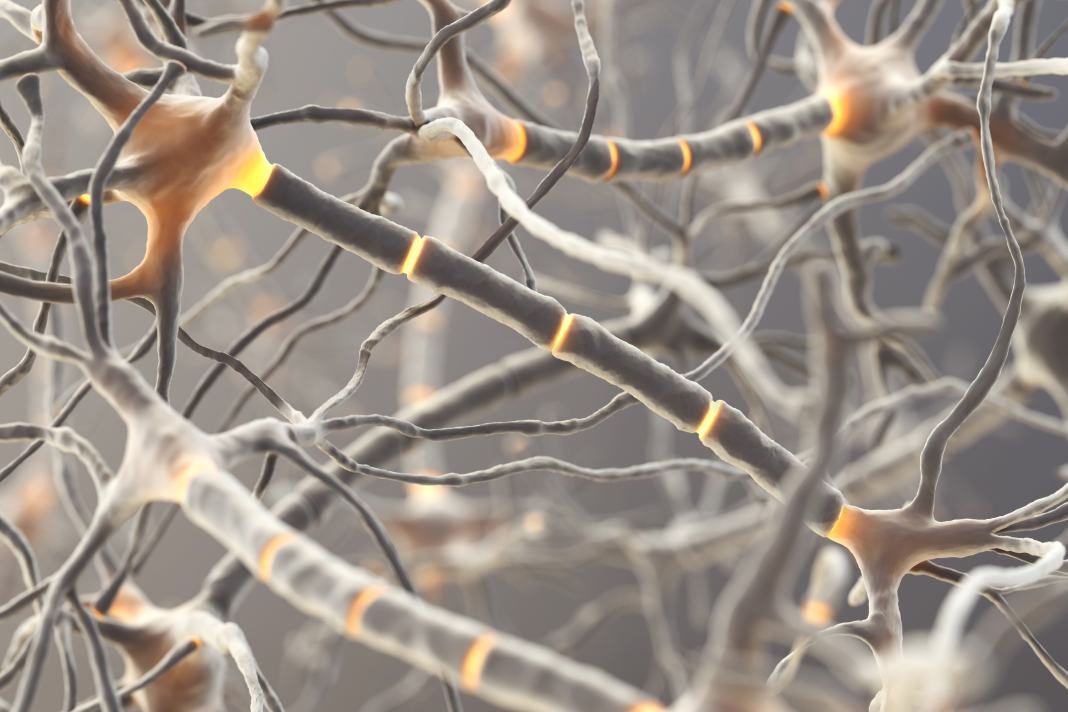 Conflict of interest:
Jason Rivers has been a consultant for Almirall; Harrison Nguyen has no conflicts to report.

ABSTRACT
Actinic keratosis (AK), a common cutaneous lesion with the potential to transform into squamous cell carcinoma, has traditionally been treated with ablative and/or surgical procedures. Recently, a topical formulation combining 0.5% 5-fluorouracil with 10% salicylic acid (5-FU-SA) was introduced in Europe under the trade name Actikerall™ for the treatment of grade I/II AKs. In a single randomized phase III trial, 5-FU-SA was shown to be superior to diclofenac 3% gel in hyaluronic acid, as measured by the histological clearance of one defined lesion (72% vs. 59.1%) and by complete clinical clearance (55.4% vs. 32.0%). 5-FU-SA should be applied once daily to a total area of up to 25 cm2, which may include the lesion(s) and a small area of surrounding skin (rim of healthy skin should not exceed 0.5 cm), for up to 12 weeks. The most common side effects are local inflammation and pruritus at the application site, and no serious adverse effects have been reported to date. Now commercially available in Canada, 5-FU-SA represents a patient applied therapeutic option for the treatment of both overt and subclinical AKs.

Actinic keratosis (AK) is a lesion considered to be on a continuum with squamous cell carcinoma (SCC).1-6 Invasive disease occurs in up to 10% of cases over time, which highlights the need for early recognition and adequate treatment of all AKs, including subclinical lesions.7 Although many AKs never progress to SCC, their treatment has been recommended to preempt this eventuality.

Treatment options can generally be stratified based on whether only discrete lesions are treated, or whether subclinical lesions are also targeted, which is referred to as eld-directed therapy. Lesion-directed therapy has historically consisted of ablative and/or surgical procedures. However, several topical agents have emerged as attractive alternatives in the treatment of AKs. Examples of topical agents available in Canada and/or the United States include 5- fluorouracil (5-FU), imiquimod (2.5%, 3.75%, and 5% formulations), diclofenac 3%, methylaminolevulinate/ aminolevulinic acid (for photodynamic therapy), and ingenol mebutate.8

In one controlled clinical trial, topical 5-FU applied to AKs resulted in 96% clearance after 4 weeks of twice daily application.9 However, high rates of severe localized tissue reactions with 5-FU have led to reduced patient compliance, and this, in part, may explain why the long-term clearance of AKs in clinical practice is around 50%.8 This problem has resulted in a search for therapeutic agents less likely to induce skin irritation.10 In 2011, a topical formulation combining 0.5% 5-FU with 10% salicylic acid (5-FU-SA) was introduced to the European market under the trade name Actikerall™ for the topical treatment of grade I/II AKs (slightly palpable and/or moderately thick hyperkeratotic lesions) in immunocompetent adult patients.11,12 This preparation is not novel as the same agent has been used in Europe for more than 30 years in the treatment of plantar warts (Verrumal®).

Functionally, 5-FU is a pyrimidine analogue that inhibits nucleic acid synthesis and its efficacy is thought to be enhanced by the addition of salicylic acid, a keratolytic agent that facilitates penetration of 5-FU into AKs.13 In this brief review, we present some of the clinical data to support the use of 5-FU-SA in patient-directed* management of AKs and we summarize the salient information that the provider should be aware of when prescribing this product.

The primary evidence used to support the efficacy of 5-FU-SA in the treatment of AKs comes from a single randomized, multi- center, phase III trial.14 The study included 470 patients with histologically diagnosed AK on the face, forehead, or bald scalp. Subjects were randomly assigned to 5-FU-SA, diclofenac 3% gel in hyaluronic acid (diclofenac HA), or placebo (5-FU-SA vehicle) and treatment was continued until complete resolution of the lesions, or for a maximum of 12 weeks. Subjects were instructed to apply their assigned intervention directly to the lesions – once daily for the 5-FU-SA and vehicle groups, and twice daily for the diclofenac group. The primary outcome – histological clearance of one defined lesion within 8 weeks of treatment cessation – was achieved in 72.0%, 59.1%, and 44.8% of patients treated with low- dose 5-FU-SA, diclofenac and placebo, respectively. Of note, up to 25% of untreated AKs may regress spontaneously over a 1 year period,15 and therefore, this phenomenon does not fully explain the high rate of clearance noted in the aforementioned study’s placebo group.

In addition to the histological data, the rate of complete clinical clearance was also highest in the study group (55.4% vs. 32.0% and 15.1% for 5-FU-SA, diclofenac HA, and vehicle groups, respectively).14 Similar to the temporary lesion increase associated with other topical therapies, an ephemeral increase in mean lesion area was observed only in patients treated with 5-FU-SA at week 2. However, by the end of the treatment period, reduction in mean lesion area was more evident in the study medication group compared to the comparator and placebo groups (355.9 mm2, 345.7 mm2, and 341.4 mm2, respectively). In a more recent non- interventional study, the reduction in number and size of AKs after 0.5% 5-FU-SA therapy was observed even after a short period of use: target results were achieved in approximately half of patients within 6 weeks of treatment commencement.16

Another study assessed the efficacy of low-dose 5-FU-SA versus cryosurgery in patients with grade II/III hyperkeratotic AKs.17 In this open labelled, randomized trial, patients with histologically con rmed AK received either a 6-week course of once daily topical 5-FU-SA applied directly to lesions or up to two cryosurgical treatments spaced 3 weeks apart. Although the sample size (33 per treatment arm) was not powered to draw statistically significant conclusions, 5-FU-SA achieved greater histological clearance as measured by mean lesion area and lower recurrence of lesions compared to cryosurgery at the 6-month follow-up.

Non-invasive assessment using reflectance confocal microscopy and high-definition optical coherence tomography has provided insight into the in vivo pharmacodynamic changes induced by 5-FU-SA. In one study, AKs were assessed 2 weeks after the last treatment with 5-FU-SA, and the measurement of stratum corneum and epidermis thickness showed significant reduction in both clinical and subclinical lesions.18 Moreover, histological characteristics of AK – including scaling, detached corneocytes, atypical honeycombing, round nucleated cells in the spinosum granulosum, round vessels, and inflammatory cells were all markedly reduced in lesions treated with 5-FU-SA.18

Unlike 5-FU alone, there have been no studies to assess 5-FU- SA’s ability to treat superficial basal cell carcinoma or Bowen’s disease.19

In the first trial mentioned above,14 7.4% (35/470) of patients withdrew from the study prematurely: 14 patients from the 5-FU-SA group, 16 patients from the diclofenac group, and 5 patients from the vehicle group. About 95% of patients in the study medication group reported treatment-emergent adverse effects (TEAEs), with local inflammation and pruritus at the application site being the most common. Approximately 60% of patients in the vehicle group also reported application site burning, suggesting the etiology of this sensation was likely related to dimethyl sulfoxide, which facilitates tissue absorption and is a known irritant present in the 5-FU-SA excipients. For patients who have difficulty tolerating the side effects, dosing can be reduced from daily application to treatment 3 times a week. In spite of the relatively high rate of TEAEs, patients have reported a high level of satisfaction with the use of low-dose 5-FU-SA.16 No serious adverse effects directly related to 5-FU-SA treatment, including usage as Verrumal® for warts, have been reported in either clinical studies or post-marketing surveillance.

Actikerall™ is a transparent, colorless to slightly orange-white solution packaged in 25 mL glass bottles, accompanied by a nylon brush that allows for easy application. 5-FU-SA is recommended for application once daily to a total area of up to 25 cm2, which may include the lesion(s) and a small area of surrounding skin (rim of healthy skin should not exceed 0.5 cm), for up to 12 weeks (Table 1). However, if the patient has lesions in areas with thin epidermis, the solution may be applied less frequently (e.g., 3 times per week). To avoid excess application, the brush can be wiped on the neck of the bottle. The solution should be allowed to dry on the skin but prior to re-application on subsequent days, the existing film should be peeled off, which can be facilitated by using warm water.

As noted, significant reduction in the lesion count is usually
observed within 6 weeks of starting treatment, and patients most
likely to benefit from the full 12-week course are those who have
failed previous therapy with other modalities.16 Patients should be advised that lesions may continue to regress for up to 8 weeks after cessation of therapy.

The use of 5-FU-SA in areas other than the face and scalp has
only been reported in the setting of small case series. In one
publication,21 two patients with multiple AKs on the dorsal aspect of the hands achieved complete clearance after sequential treatment with diclofenac 3% gel and 5-FU-SA. A notable observation has been a lower therapeutic response of AKs located on the upper extremities compared to lesions on the face and scalp.16 This finding has also been observed with photodynamic therapy, ingenol mebutate and other topical agents used to treat AKs. Although the reason for this observation remains poorly understood, one hypothesis is that increased skin thickness in the upper extremities restricts drug absorption, thus limiting its therapeutic efficacy.22

5-FU-SA is contraindicated for use during lactation or pregnancy.
Other contraindications include renal insufficiency and
concurrent usage of brivudine, sorivudine, or similar analogues.
The latter consideration is related to the ability of these agents to inhibit the enzyme dihydropyrimidine dehydrogenase, which plays a critical role in breakdown of fluorouracil.23 Of note, although these agents are structurally similar to acyclovir, the latter drug does not inhibit dihydropyrimidine dehydrogenase to any significant extent and is therefore safe to administer concurrently with 5-FU-SA. Additionally, instances of phenytoin toxicity related to the concurrent use of topical 5-FU-SA have been reported, so these patients should be tested at monthly intervals for plasma levels of phenytoin when this combination of therapies exists.11 5-FU-SA should not be applied on bleeding lesions and has not been evaluated for the treatment of recurrent lesions. With regards to user experience and safety, the patient should be educated on the solution’s flammability, propensity to desiccate quickly (the bottle needs to be closed tightly after use and it should be discarded if crystallization occurs), and ability to cause permanent stains on textiles and acrylics

Cipher Pharmaceuticals, which owns the rights to Actikerall™ in Canada, has indicated that each bottle will be sold for a
wholesale price of $36.25.24 Commercial availability commenced in February 2016.

5-FU-SA represents a new addition to our treatment of AK,
especially for individuals who want to avoid the pain or potential consequences associated with destructive therapy for isolated lesions. An emerging role for 5-FU-SA may be in combination therapy with other agents that have been unsuccessful in clearing hyperkeratotic lesions in the treatment zone.