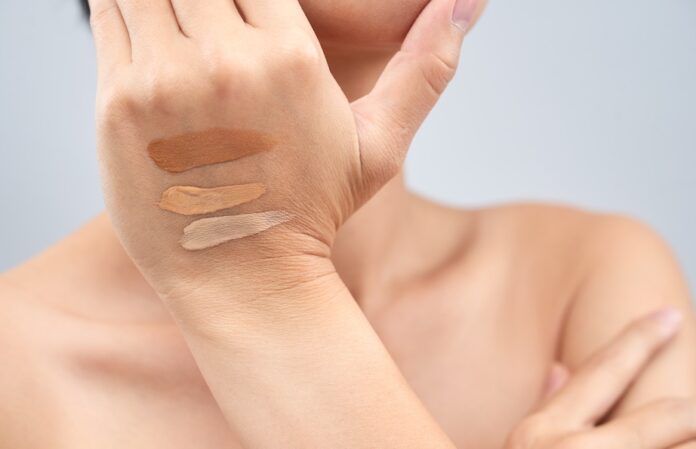 Esters of p-hydroxybenzoic acid (parabens) are the most widely used preservatives in cosmetic, pharmaceutical, and industrial products. However, since the 1960s, controversy has surrounded its use and safety as a potential cause of allergic contact dermatitis. Despite the cloud of suspicion that has hovered over parabens ever since, these ubiquitous compounds have withstood four decades of extensive skin testing conducted by a variety of organizations, both North American and European, and now, it seems parabens have shown to be one of the least sensitizing preservatives in commercial use. Of the very limited reports of paraben-induced allergic contact dermatitis, these cases are often attributable to the application of parabens on damaged skin.

Esters of p-hydroxybenzoic acid (parabens) were first used in the 1920s as antibacterial and antifungal agents, however, not long after they were being incorporated as preservatives for foods, drugs, and cosmetics.1 Parabens are popular preservatives found in creams, pastes, beauty products, glues, fats, and oils because, in addition to having a broad spectrum of antimicrobial activity, they are colorless, odorless, stable, and inexpensive.2 Despite formulary advances, alternative preservatives to parabens for commercial topical applications remain limited. Since the 1960s, controversy has surrounded their use and safety with regards to allergic contact dermatitis. The concern over the possible hazards of topical parabens has yet to fully subside, which is a significant obstacle considering they are the most widely used preservatives in cosmetic, pharmaceutical, and industrial products.2 As a result, apprehension over the possibility of paraben-induced allergic contact dermatitis persist.3-7 The much publicized scrutiny not only questions their role as contact allergens, but also implicates them as potential endocrine disruptors, hence, herein we reexamine paraben contact allergy as a follow up to our lab’s previous overview.8 This review does not address the important but separate controversy regarding the possible endocrine disrupting effects of parabens and their metabolites, which is reviewed elsewhere.9-12 A recent discussion by Kirchhof et al. discusses the more complex issue of parabens and their association with endocrine disruption.9

In 1968, Schorr and Epstein were among the first in the United States to express alarm that topical paraben use may induce allergic contact dermatitis.13,14 Schorr did not find a high incidence of contact dermatitis from topical paraben application after patch testing 273 chronic dermatitis patients with 5% paraben in petrolatum. Schorr obtained a sensitization index of 0.8%, and cross-reactions were observed with methyl-, ethyl-, propyl-, and butylparaben.13 However, he believed the topical paraben danger was being underestimated because cosmetics and nonprescription drugs did not require a declaration of contents at the time. Due to the concerns expressed by Schorr, Epstein and others, the cosmetics industry began to develop and advertise paraben-free products in order to sidestep any consumer fears engendered by the recent reports.

Notwithstanding, the status of topical parabens in relation to skin hypersensitivity was soon to change again. In a study involving 397 healthy volunteers without significant dermatological issues, Marzulli et al. obtained a sensitization index of 0.3% with the Draize predictive test procedure using various concentrations of methyl- and propylparabens (up to 20%) in petrolatum.15 Contrary to the reservations held by many, these results indicate that the incidence of contact sensitization for parabens amongst healthy Americans is far below 1%.15 Moreover, around the same time, these results were bolstered by the clinical findings made by Fisher et al., which suggest that the sensitization rate is low overall (3% for a mix of 3 parabens tested in patients suspected of having allergic contact dermatitis to topical medications), especially when one considers how pervasive paraben use is.16 Moreover, the regulatory environment began to evolve at the same time— in 1973, the Cosmetic Ingredient Regulation directive began requiring the listing of all ingredients, both active and nonactive, on cosmetic packages and drug labels.17 This move directly addressed the concern of some that paraben hypersensitivity was under diagnosed because cosmetics and drugs did not require a declaration of content.

In 1972, the North American Contact Dermatitis Group sought to determine the relative frequency of positive paraben patch tests in dermatitis patients.18 Using a uniform patch test procedure, evaluations were performed on 1200 subjects in 10 geographic areas of the US and Canada; approximately 3% of the subjects were considered sensitized to parabens, which was a lower rate of reactivity than 15 other compounds. In fact, amongst the compounds tested, only one compound, cyclomethicone, had a lower rate of sensitization (2%). Considering paraben’s low index of sensitization (as determined by predictive and diagnostic tests as well as clinical impressions) and given the pervasiveness of parabens, its low overall toxicity, and the new requirements for labeling, Marzulli et al. in 1974 concluded that topical parabens did not constitute a significant hazard to the US public.8

Since then, numerous studies have been conducted to evaluate the link between topical parabens and allergic contact dermatitis. Over a period from 2001 to 2003, using data compiled by both the North American Contact Dermatitis Group (NACDG) and the European Environmental and Contact Dermatitis Research Group (EECDRG), Mirshahpanah et al. determined that the patch test positivity rate for parabens in an eczema population was 0.6% in the NACDG group and 1.2% in the EECDRG group.19 In its most recent report, the NACDG performed standardized patch testing on 4454 patients with suspected allergic contact dermatitis using a broad series of screening allergens. Findings included a 1.2% positive reaction rate to a mix of parabens, however, this percentage would have certainly been lower if individual paraben compounds were tested.20 From 2001 to 2008, Svedman et al. tracked the contact allergy rates for the seven most common preservatives that were routinely tested in European centers representing the EECDRG.21 Compared to all the other preservatives, the paraben mix demonstrated the lowest level of contact allergy amongst patients referred with dermatitis (0.5-1%), whereas quaternium-15, imidazolidinyl urea, diazolidinyl urea, formaldehyde, methyldibromo glutaronitrile (MDBGN), and methylchloroisothiazolinone (MCI)/ methylisothiazolinone (MIT) all showed significantly higher rates of allergic contact dermatitis upon patch testing.

For the few patients demonstrating positive patch test reactions to parabens, it warrants consideration that compromised skin may react to parabens, while intact skin may not. This phenomenon is referred to as the “paraben paradox,” which hypothesizes that (1) patients who are sensitive to parabens often have falsenegative patch test reactions when the parabens are patch-tested on healthy skin, and (2) paraben patch test positive patients may be nonreactive when using paraben-containing products on normal intact skin, but may develop dermatitis when these same products are applied to damaged skin.22 In fact, most paraben allergies only develop when paraben-containing products are applied to skin with a compromised barrier function, common examples include leg ulcers and areas of dermatitis.22 Therefore, it follows that paraben-sensitive individuals do not usually develop allergic contact dermatitis when paraben-containing products are applied to healthy intact skin.

Despite the cloud that has surrounded paraben use since the late 1960s, this class of chemical preservatives has withstood four decades of extensive skin testing conducted by a variety of organizations, both North American and European. It now appears that parabens have proven to be one of the least allergenic preservatives on the market. In the limited documented examples of paraben-induced allergic contact dermatitis, these cases are often attributable to the application of parabens on damaged skin.