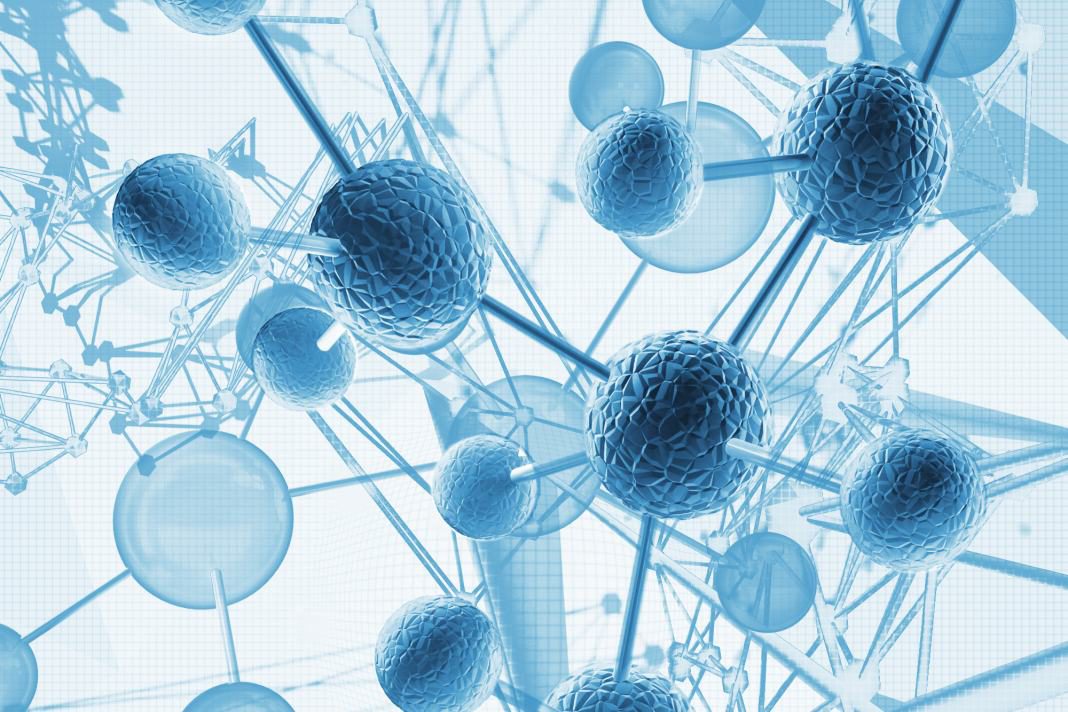 
Conflict of interest: None reported.

ABSTRACT
Frontal fibrosing alopecia, described just over 20 years ago, has become one of the most frequently seen causes of scarring alopecia at many specialist hair clinics. Considered a clinical variant of lichen planopilaris (LPP), it has distinctive features and associations which distinguish it from LPP. Although largely affecting postmenopausal women, a small but increasing number of men and premenopausal women are affected. The spectrum of the disease has expanded from involvement of the frontal hairline and eyebrows, to potentially affecting the entire hairline, facial and body hair. Genetic and environmental factors have been implicated but the aetiology remains uncertain. A range of treatments have been used in management of the condition, but clinical trials are required to establish effectiveness.

Frontal fibrosing alopecia (FFA) was first described in 1994 by Kossard as a new type of scarring alopecia.1 Clinically, the follicular features appeared identical to lichen planopilaris (LPP) however, the pattern of the disease was distinct from typical LPP in several ways.2 Firstly, those affected were exclusively postmenopausal women. Secondly, the condition resulted in a distinctive pattern of alopecia affecting the frontal hairline, associated with loss of eyebrows. Histologically, the findings were indistinguishable from LPP, with reduction in hair follicle numbers, perifollicular fibrosis, perifollicular lymphoid infiltrate and follicular interface dermatitis.2 Since this first description, FFA has been the subject of more than 80 papers. The clinical spectrum of the disease has also expanded. As well as eyebrows, eyelashes may be lost2,3 and involvement of facial vellus hairs can sometimes result in small flesh coloured facial papules4-6. Limb and flexural hair are also frequently affected, usually with no associated symptoms or rash.7,8 The condition no longer exclusively affects postmenopausal women as a small but increasing number of cases have been reported in premenopausal women and in men.9 There may be differing ethnic susceptibility: FFA is most frequently recorded in Caucasian women, being reported less frequently in black women10,11 and rarely in Asians12,13. However, it has been suggested that in black patients, FFA is under-recognized as it frequently co-presents with traction alopecia.10,11

The clinical and histological similarities between FFA and LPP suggest that FFA is a clinical variant of LPP.2 Like LPP,14 an increased association between FFA and autoimmune disease, particularly thyroid, has been noted3,15. However, there are several areas in which FFA appears to differ from classical LPP. Firstly, FFA affects predominantly women: in two large cases series, male to female (M:F) ratio ranged from 1:289 to 1:31, whereas in LPP, M:F has been estimated at between 1:1.8 to 1:4.9.16 Lichen planus affecting other sites (cutaneous, nail, mucosal) is seen more frequently in association with LPP (28-50%)17,18 than with FFA (1.6-9.9%)3,9,15. Loss of facial and body hair concomitant with LPP is reported in 7-10%.16,18 In FFA, loss of eyebrows has been reported in around 80% of cases2,4,9,15 and may occasionally precede loss of hairline3,15. Loss of eyelashes is uncommon2,3,9 and has been associated with more severe disease9. Loss of body hair also occurs, affecting both limb and flexural hair. Loss of hair from limbs has been documented in around 20-25% of patients in large case series3,9,15 but affected 77% of patients in a smaller case series and was confirmed histologically. Unlike typical LPP, loss of hair from eyebrows and body in FFA is clinically largely non-inflammatory.7 Classical diffuse LPP elsewhere on the scalp has been reported in association with FFA in <1-16%.2,3,9,15 While scalp LPP is primarily a disorder of terminal pigmented hairs, it has been suggested that in FFA, vellus and intermediate hairs are affected preferentially,8,19 although this has not been confirmed in another study7. Paradoxically, most terminal pigmented hairs on the scalp are unaffected in FFA, with only those at the hairline involved. Symptoms may also be less frequent in FFA3,9,19 (3-55%) than in LPP (60-70%)18 but this has not been confirmed in all case series15,20.

Currently, there are no epidemiological data on the incidence or prevalence of FFA in the general population. However, most papers published over recent years suggest that the incidence of FFA may be increasing.3,4,9,15,21 Figures from my own hair clinic in Glasgow, UK demonstrate that the numbers of new cases of FFA have increased significantly over the last 16 years, both in terms of absolute number and as a percentage of the total number of new cases seen annually (Table 1).

It should be borne in mind that there are potential sources of bias inherent in this type of data: for instance, when a new condition is described, it is likely that the number of recorded cases will increase as awareness of the condition increases amongst medical practitioners. However, as FFA progresses slowly and may be asymptomatic, the identified cases may represent only the “tip of the iceberg”. Certainly, in a proportion of cases, hair loss is unrecognized by patients and the diagnosis is made when patients attend with another dermatological condition.3,22 Given these observations, there is considerable interest in the aetiology(ies) of FFA and how this might explain why we are apparently seeing increasing numbers of cases.

Since the first case reports of FFA affecting siblings,23-25 there have been an increasing number of reports of familial cases,26,27 suggesting a possible genetic predisposition and studies are underway to try to identify genes which may be associated with FFA. However, genetic susceptibility alone would not explain the apparent increase in FFA incidence. It has been proposed that clusters of affected cases within families may indicate not only genetic susceptibility but possible environmental triggers.26 Karnik et al28 published experimental evidence which demonstrated a possible role for peroxisome proliferatoractivated receptor-gamma (PPAR-gamma) in pathogenesis of LPP. They established that PPAR-gamma, a transcription factor that belongs to the nuclear receptor super-gene family, is required for maintenance of follicular stem cells and demonstrated that mice with PPAR-gamma deleted from follicular stem cells developed a scarring alopecia. In scalp biopsies from patients with LPP, it was found that PPAR-gamma was down-regulated in hair follicles. The authors postulated a possible role for xenobiotic metabolism as an environmental trigger for LPP, through the aryl hydrocarbon receptor (AhR). Environmental toxins such as dioxin-like substances, activate AhR which is known to suppress PPAR-gamma.28 The role of PPAR-gamma and AhR in FFA remain to be elucidated.26

The possible role of environmental factors in FFA is supported by other observations. In our cohort of FFA patients, we observed a statistically significant association (p < 0.001) between FFA and affluence, as measured by the Carstairs Index, when compared with age and gender matched patients attending the hair clinic with other causes of alopecia, and with age and gender matched women in the general population. This finding was supported by the observation that the same cohort were significantly less likely to be smokers (p = 0.01), compared with the general population.3 A review of 355 Spanish patients9 showed 87% were non-smokers however, this was not significantly different from the general population. While it seems unlikely that affluence per se is relevant in the pathogenesis of FFA, this may be a surrogate marker for an as yet unidentified risk factor associated with affluence. Interestingly, in a cohort of US patients with FFA, affected women were significantly more likely to have attained the highest educational level (US cooperative FFA study group, Elise Olsen chairman, unpublished data).

The development of FFA/LPP following hair transplant or cosmetic surgery29 further supports the role of environmental triggers in the pathogenesis of FFA/LPP. One possible explanation that has been proposed to explain this finding suggests that the immunosuppressive milieu which normally surrounds hair follicles (“immune privilege”) is disturbed by inflammatory mediators stimulated as a result of cutaneous surgery, leading to loss of follicle immune privilege and increasing hair follicle susceptibility to inflammatory attack.29 Further studies examining the role of environmental agents in FFA are currently being undertaken.

As FFA was first described exclusively affecting postmenopausal women, it has been postulated that FFA may be due to hormonal changes at the time of the menopause.9,19 However, no hormonal abnormalities have been identified in FFA patients2,19 and hormonal changes alone would not explain the apparent increasing incidence of the condition, nor the cases of FFA arising in premenopausal women and in men. The observation of FFA affecting transplanted occipital hairs in a man with FFA concomitant with androgenetic alopecia,30 suggests that hair follicle androgen susceptibility may not be required for pathogenesis of FFA. However, the possible role of hormones in the pathogenesis of FFA has been supported by the observations that 5-alpha-reductase inhibitors (5ARIs) can stabilize9,19,21 and improve FFA9,31,32. Hair regrowth in a scarring alopecia in which destruction of hair follicles is a cardinal histopathological feature2,7 is a puzzling phenomenon. However, personal experience and documented cases have demonstrated improvement in eyebrow growth in some FFA patients treated with topical calcineurin inhibitors.33 Similarly, regrowth of hair in apparently scarred areas of scalp in chronic discoid lupus erythematosus (CDLE) and other scarring alopecias is occasionally observed.34,35 There have been several sporadic case reports of improvement in FFA with 5ARIs, which have included photographic images.31,32 The largest published review of FFA cases suggested that of 111 patients treated with 5ARIs, 47% stabilized and 53% improved.9 Further clarification of these results however, indicated that clinical improvement at the hairline was minimal and response to antiandrogens was more frequent if concomitant androgenetic alopecia was present, although not exclusively so.36 Where stabilization of FFA with treatment is reported, it is important to be aware that spontaneous stabilization of FFA can occur.4 Given the often slow progress of FFA, prolonged periods of observation would be required to confirm true stabilization. Clearly, randomized controlled trials, using objective measurements of disease, are required to assess the role of treatments for FFA.

In summary, the incidence of FFA, first described only 20 years ago, appears to be increasing. Clinically and histologically, it appears to be a variant of LPP. The identification of familial cases suggests a genetic susceptibility but also raises the possibility of environmental triggers. Randomized controlled trials are required to confirm the effect of treatments and epidemiological studies should be considered to confirm the incidence and prevalence of FFA within the population.

DPCP for the Treatment of Alopecia Areata