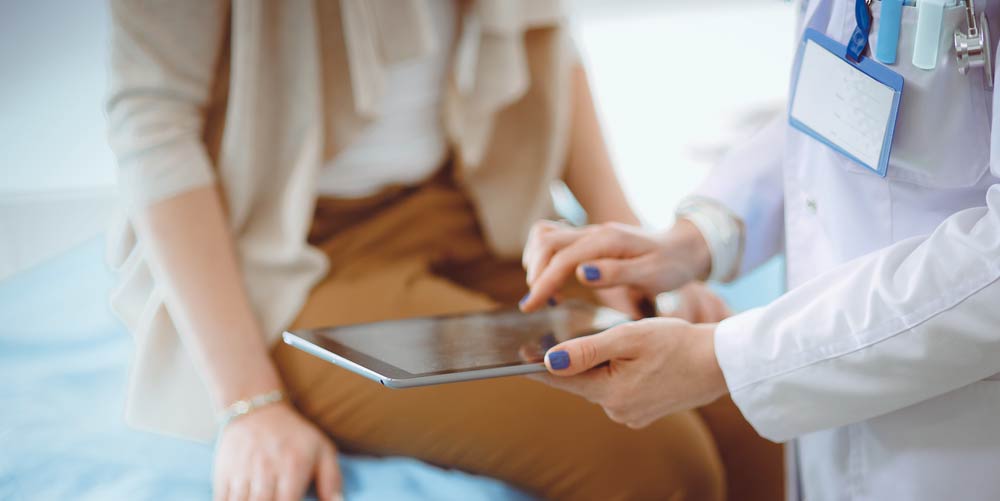 ABSTRACT
Hereditary angioedema is characterized by severe, episodic edema of the subcutaneous and mucosal tissue. The disease carries significant morbidity and mortality due to involvement of the gastrointestinal tract and upper airway. Recent advances in the treatment of hereditary angioedema include new techniques used to isolate and purify human-derived C1 inhibitor, the production of a recombinant form of C1 inhibitor, and the development of drugs that target the kallikrein-kinin pathway. This paper reviews the mechanisms, efficacy, and adverse reactions associated with these medications.

Hereditary angioedema (HA) is a rare genetic disease characterized by repeated episodes of non-pitting edema that can affect any cutaneous or mucosal surface. Swelling of the face, larynx, tongue, extremities, stomach, bowels, and genitals is common and can be associated with significant morbidity and mortality. The most common form of HA is autosomal dominant and results from a loss-of-function mutation in the gene that codes for C1 inhibitor protein. Under normal circumstances, a functional level of C1 inhibitor in plasma prevents over-activation of the complement system and over-production of the vasoactive mediator, bradykinin. Deficiency of C1 inhibitor allows for excessive release of bradykinin and complement anaphylatoxins, which results in increased endothelial permeability and edema.1,2

In terms of disease management, synthetic androgens and protease inhibitors are useful in preventing episodes of angioedema through the stimulation of endogenous synthesis and reduced degradation of functional C1 inhibitor, respectively. Unfortunately, these agents are associated with significant adverse effects that limit their use.3,4 Acute attacks are treated quite effectively by serum supplementation with exogenous humanderived C1 inhibitor, as initially demonstrated by Agostoni and colleagues in 1976.5 Human derived C1 inhibitor is not available in the United States, despite acceptance in Europe, due to concerns over possible virus transmission.

Relatively new developments have led to vast improvements in prevention and acute management of HA (Table 1). This paper reviews advances in the production of safer forms of humanderived C1 inhibitor (Berinert®, Cinryze®), the development of a recombinant form of C1 inhibitor (conestat alfa, Ruconest®/Rhucin®) and drugs that decrease the production of bradykinin (ecallantide, Kalbitor®) or block its activity at the receptor level (icatibant, Firazyr®).

The first advance in the treatment of HA came with improvement in techniques to filter and purify plasma-derived C1 inhibitor concentrate. Pasteurized preparations of C1 inhibitor were approved by the US FDA in 2009 for acute attacks. Numerous safety studies and small phase II trials showed a complete absence of viral transmission.6 This pasteurized form of C1 inhibitor is marketed as Berinert® in the US, and Berinert® P elsewhere. These agents require intravenous administration and patients can be trained in self-administration since the successful treatment of an acute attack depends on administering C1 inhibitor as soon as possible.7

In an effort to further decrease the risk of transmitting a viral illness with C1 inhibitor replacement, Cinryze® was developed. In addition to the pasteurization used in the production of Berinert, the production of Cinryze utilizes a nanofiltration mechanism that has been proven to eliminate most viruses. Modern preparations of Berinert are also produced using this nanofiltration technique. Several placebo-controlled trials demonstrated the efficacy of administering this nanofiltered C1 inhibitor during acute attacks, with considerable reduction in duration of symptoms with a single injection. Further, in patients with regular attacks, Cinryze demonstrated a 50% reduction in frequency with twiceweekly administration.8,9 Despite its efficacy as both an abortive and prophylactic agent, Cinryze is currently only approved for prophylaxis of angioedema. Like Berinert, Cinryze is only administered intravenously, however, it can be self-administered with appropriate training.

Both forms of purified C1-inhibitor, Berinert and Cinryze, demonstrate efficacy compared to placebo in remittance of acute attacks, with symptom relief occurring as early as 30 minutes after injection. Importantly, both agents also demonstrate significant efficacy in treating even the most severe attacks or those with predominant oropharyngeal, laryngeal, or abdominal edema.10,11 Berinert and Cinryze are well tolerated, although common side effects include nonspecific symptoms, like nausea, vomiting, diarrhea, and headache. Rare adverse effects include worsening laryngeal edema and laryngospasm with Berinert, and stroke while using Cinryze have been reported. The only absolute contraindication to the use of C1 inhibitor replacement
is previous anaphylaxis.

In addition to the availability of safer forms of human-derived C1 inhibitor concentrate, the development of conestat alfa marked the creation of the first recombinant form of the protein. Conestat alfa contains an identical amino acid sequence to that of human C1 inhibitor, and thus serves as an analogue. It is obtained from the milk of transgenic rabbits expressing the gene for human C1 inhibitor.12 Several randomized, double-blind clinical trials have demonstrated the improved efficacy of conestat alfa over placebo, citing significant reductions in duration of angioedema and quicker symptomatic relief, although the reported degree of effect varies.13

Despite similarities in terms of efficacy to purified human C1 inhibitor options, several differences exist. First, although the two options appear to be equal in terms of potency, the recombinant form of C1 inhibitor has a much shorter half-life compared to the plasma-derived option (3 hours vs. 24+ hours). Secondly, there exists the potential for allergic reaction to host-related impurities (HRIs), as patients with rabbit allergy have reacted to conestat alfa. Therefore, patients must be screened using rabbit-specific immunoglobulin E (IgE) immunoassay prior to administration, and those testing positive should not be given the drug. Finally, while viral transmission with human-derived C1 inhibitor has proven to be mostly a theoretical risk, conestat alfa truly eliminates this potential adverse outcome.

Even with the advent of effective and safe forms of replacement C1 inhibitor, several other pharmaceuticals have been developed that utilize alternative therapeutic mechanisms to control angioedema attacks. Recall that the symptomatology of HA is only secondarily caused by a lack of C1 inhibitor; endothelial permeability and edema are primarily mediated by an increase in bradykinin. It was with this understanding that icatibant was developed, which functions as an antagonist at bradykinin B2 receptors. Of note, this peptide has no affinity for bradykinin B1 receptors, which are also postulated to play a role, albeit a lesser one, in the production of angioedema.14 Icatibant was approved by the FDA in 2011 for use only in adults during acute episodes. Phase III trials demonstrated a quicker time to clinically significant relief when patients receiving icatibant were compared to both placebo and tranexamic acid, a protease inhibitor and antifibrinolytic commonly used to treat acute episodes. Additionally, two studies isolated the few patients who presented with laryngeal attacks and noted particular efficacy in improvement of airway obstruction. In these patients, administration of icatibant led to noticeable improvement within 0.6 to 1 hour and complete resolution in 4 hours.15

Proven and theoretical concerns exist regarding the use of icatibant. One advantage of icatibant is that it is administered subcutaneously in the abdominal area and is, thus, more easily self-administered by patients or caregivers. However, most patients, as many as 97% according to one source, experience a wheal and flare type injection-site reaction with swelling, pain, burning, and pruritus with each administration.15 Studies
suggest that this reaction is caused by icatibant’s role in release of preformed mast cell mediators, and can be diminished by prophylactic administration of antihistamines.16 Additionally, a theoretical concern exists regarding icatibant’s effect on blood pressure and heart rate, given that bradykinin normally acts as a potent vasodilator; however, studies have shown no significant effect on hemodynamics.

Another therapeutic target for treatment of HA is kallikrein, the protease that directly mediates the production of bradykinin. Decreased levels of C1 inhibitor result in unchecked kallikrein activity, which in turn converts kininogen to active bradykinin. This understanding led to the development and subsequent FDA approval of ecallantide, a 60-amino acid polypeptide derived from Pichia pastoris yeast cells that functions as a powerful and specific inhibitor of plasma kallikrein.6 Ecallantide has demonstrated efficacy in leading to significantly quicker onset of improvement, as well as quicker time to complete resolution during acute attacks. The study of ecallantide also made use of a patient reported severity index, which noted marked decreases in severity scores for patients taking ecallantide compared to placebo.17

Like icatibant, a limitation of ecallantide is that it is only useful in the treatment of acute attacks. Unlike icatibant, ecallantide does
not typically result in an injection-site reaction, although mild adverse effects are common with its administration, including headache, nausea, and diarrhea. Anaphylaxis is also a concern, since it has been observed to occur in as many as 4% of patients receiving ecallantide, which has led to the recommendation that ecallantide only be administered in a medical facility equipped to treat this adverse effect.18 Unfortunately, this eliminates ecallantide as an option for self-treatment by patients and caregivers at home.

The past decade has been marked by the development of new treatment options for the management of HA. Many international and national consensus guidelines exist, but none recommend specific therapies, citing a lack of head-to-head trials. The decision to use prophylactic therapy requires weighing the patient’s disease burden with the benefits and risks of therapy. For those patients who do require preventative therapy, Cinryze (C1 esterase inhibitor) appears to be equally as effective as synthetic androgens, and neither is recommended above the other.19 Berinert (C1 esterase inhibitor), Ruconest (conestat alfa), Firazyr (icatibant), and Kalbitor (ecallantide) appear to be equally efficacious, and the decision of which particular agent to use should depend on patient factors, including setting of administration and responsiveness to a particular agent during previous acute episodes.20