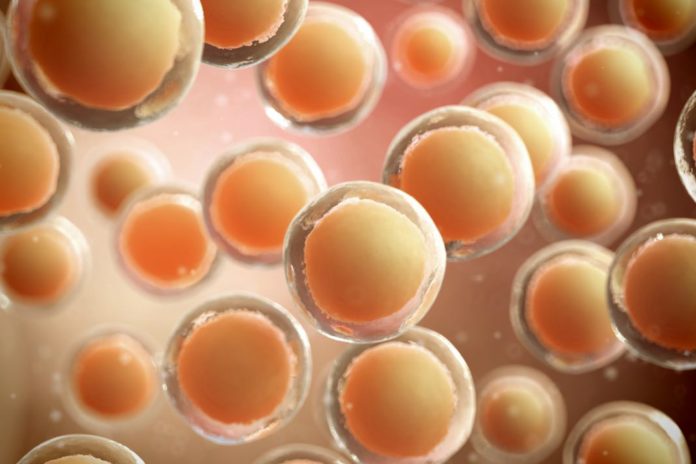 Conflict of interest disclosure: None reported.

ABSTRACT
Rituximab is an anti-CD20 monoclonal antibody with considerable potential in dermatology due to an increase in off-label indications. Chronic graft-versus-host disease and pemphigus vulgaris are two of the most promising indications for off-label use of rituximab. It is a generally safe alternative that should be considered when traditional therapy with corticosteroids or immunosuppressants has failed or caused significant intolerance. Currently, rituximab is only FDA-approved for treatment of follicular and diffuse large B-cell non-Hodgkin’s lymphoma, rheumatoid arthritis, chronic lymphocytic leukemia, granulomatosis
with polyangiitis (formerly Wegener’s granulomatosis) and microscopic polyangiitis. Herein, off-label uses of rituximab and its efficacy in the treatment of cutaneous diseases are reviewed.

Rituximab is an anti-CD20 monoclonal antibody with considerable potential in the medical field. Rituximab is currently FDA-approved for treatment of follicular and diffuse large B-cell non-Hodgkin’s lymphoma (NHL), rheumatoid arthritis (RA), chronic lymphocytic leukemia (CLL), and, most recently, granulomatosis with polyangiitis (GPA, formerly Wegener’s granulomatosis) and microscopic polyangiitis (MPA).1 However, off-label indications have increased in recent years due to the discovery that rituximab may be useful not only in diseases in which autoantibodies are involved, but also in diseases where B cells play a major role, such as autoimmune and many dermatologic diseases.1-3

In order to use rituximab more frequently and appropriately, dermatologists should be aware of the characteristics of anti-CD20 antibodies and the role of B cells in multiple skin diseases. Herein, we provide physicians with an overview of trends in rituximab’s clinical outcomes so that they can evaluate current therapy and make adjustments to achieve optimal goals.4

Rituximab consists of a mouse Fab region and human Fc portion. Anti-CD20 antibodies bind CD20 antigen present on normal and malignant mature B lymphocytes and eliminate these CD20+ cells via antibody-dependent cell-mediated cytotoxicity (ADCC), complement-dependent cytotoxicity (CDC), and induction of apoptosis.1 The targeted CD20 antigen is not found on hematopoietic stem cells or plasma cells.2,5 Although the antibodyproducing plasma cells are not directly eliminated, memory B cells, which are the precursors of CD20-negative plasma cells, are targeted, thereby indirectly inhibiting autoantibody production for a prolonged timespan.1,2,6 Additionally, since rituximab does not distinguish pathologic from normal B cells, B cell levels are completely depleted for several months after treatment.4

The therapeutic efficacy of rituximab is derived from its effect on B cells; therefore, the discovery that B cells role in autoimmune disease is more significant than previously thought has led to its increased use for off-label indications.1 Current understanding about the actions of B cells has been expanded to include the following mechanisms:1

PCBCL encompasses B cell lymphomas that originate in the skin, including primary cutaneous follicle center lymphoma, primary cutaneous marginal zone lymphoma, and primary cutaneous diffuse large B-cell lymphoma (leg-type and other). It is one of the first cutaneous disorders successfully treated with rituximab. Multiple case reports have demonstrated success with systemic and intralesional rituximab.5,6,8-11 A study by Gellrich et al. established that rituximab should be considered in patients with aggressive recurrent PCBCL, especially for the elderly and patients with multiple skin lesions.10

First-line treatment typically includes systemic corticosteroids as monotherapy or combination with alternative immunosuppressants and/or intravenous immunoglobulin (IVIG). When these therapies are ineffective or require high dosages associated with serious adverse events, rituximab may be indicated.1,4,6,12,13

Rituximab use for pemphigus began after it was discovered that its use in NHL led to improvement of associated PP.2 Remission of PP occurs due to the effect on the underlying neoplasm.5 Over 450 cases have documented the benefit of rituximab in PV, even in severe disease.2-6 A major benefit is that the clinical response is rapid, and the majority of patients demonstrate resolution of lesions. Remission ranges from a few months to 2 years. Of note, it has been suggested that response to skin lesions is more rapid than mucosal lesions, and that most patients have remained on a decreased dose of concomitant systemic therapy.4 Several cases of treatment-resistant PF have also responded to rituximab.14-16

Conventional treatment is sufficient in the majority of cases; however, alternatives such as rituximab are occasionally necessary due to lack of response or side effects with standard therapy.1 At least 16 patients with BP have been treated with rituximab, and the majority achieved clinical remission.4 Most cases required more than one cycle of rituximab to achieve remission.4 Additionally, prior to initiation of rituximab in BP patients, immune status and cardiac risk should be evaluated.2,4 Since many patients with BP are elderly and rituximab suppresses immune function, an increased risk of infections may be observed. Three patients have died due to bacterial sepsis and cardiac complications.4

Rituximab has been beneficial for patients with severe MMP unresponsive to standard therapy. Reports of 40 patients with MMP have been treated with rituximab and 60% achieved clinical remission; however, some were non-responsive, and in one patient scarring continued despite treatment.4 Thus, rituximab therapy likely has better results when initiated before the onset of significant scarring.

From a literature review, at least 16 patients with EBA have responded to rituximab.1,2,4,6,14 All cases have responded within 6 months of initiating therapy; however, many relapses occurred and required additional cycles of rituximab.4 Unfortunately, one death was reported due to pneumocystis pneumonia.4

GVHD is one of the most promising indications for rituximab within dermatology, along with pemphigus vulgaris.1,6,14,15 B cells have been implicated in the pathogenesis of GVHD in which antibodies against platelet-derived growth factor can trigger an inflammatory cascade in the endothelium that eventually leads to cutaneous fibrosis.1,6 It is important to note that cutaneous and musculoskeletal manifestations improved much more than the hepatic manifestations of the disease.6

Vasculitis is an immune complex-mediated hypersensitivity reaction; therefore, it is plausible that rituximab would be effective since it leads to decreased antibody production. Rituximab is currently approved for treatment of refractory GPA and MPA. Other potential indications include giant cell arteritis5, cryoglobulinemia-associated vasculitis1, and Churgstrauss syndrome. Rituximab use in these off-label situations should be considered in cases of severe disease, ulcerative lesions, neuropathy, and nephropathy.1

Vasculitis is an immune complex-mediated hypersensitivity reaction; therefore, it is plausible that rituximab would be effective since it leads to decreased antibody production. Rituximab is currently approved for treatment of refractory GPA and MPA. Other potential indications include giant cell arteritis5, cryoglobulinemia-associated vasculitis1, and Churgstrauss syndrome. Rituximab use in these off-label situations should be considered in cases of severe disease, ulcerative lesions, neuropathy, and nephropathy.1

Rituximab is a beneficial agent used in the treatment of autoimmune blistering and other dermatological diseases; however, many patients suffer from relapses and require additional therapy. An emerging concept is that optimal goals are not being reached because appropriate protocols specifically tailored for dermatological diseases have not been designed. Systemic corticosteroids and alternative immunosuppressants are often continued after rituximab therapy, while their dosages can be significantly reduced. Two protocols for rituximab therapy exist: lymphoma protocol (LP) and rheumatoid arthritis protocol (RAP). LP is a single cycle-infusion of 375 mg/m2 weekly for 4-8 consecutive weeks.4 RAP consists of one cycle of two 1000 mg infusions administered on day 1 and day 15.4,20

LP, originally developed for PCBCL, is the protocol most commonly used in autoimmune blistering disorders. Dermatomyositis, AD, and SLE have often been treated using RAP, which was initially designed for RA treatment. Dosing protocols in off-label indications have not been extensively studied, and contradictory results have been published. Some series suggest just two cycles of rituximab is sufficient, while others report ongoing maintenance therapy is required to sustain remission.1 Future studies and randomized controlled trials with longer follow-up periods should be completed to establish definitive treatment protocols for each disease in order to shorten disease course, reduce morbidity, and allow for sustained clinical remission.

The side effects of rituximab therapy are generally mild and tolerable in comparison to corticosteroid/immunosuppressant therapy.12 The most common adverse events, reported in more than half of patients, are infusion-related reactions including headache, angioedema, nausea, vomiting, fever, and chills.4 They usually appear in the first or second hour of infusion. Slowing the infusion rate generally resolves symptoms, and it can be gradually increased again once symptoms resolve. Anaphylactic hypersensitivity reactions may also occur during the first few minutes of infusion due to sensitivity to murine proteins.4 The presentation can resemble infusion-related reactions but the onset is more immediate. Premedication with methylprednisolone, acetaminophen, and diphenhydramine can prevent hypersensitivity reactions.

Other rare but serious side effects have been reported. Serious infections and septicemias have occurred when rituximab is used with adjuvant immunosuppressive therapy.4,12 Respiratory infections, pharyngitis, and urinary tract infections are most commonly reported. Numerous reports of hepatitis B virus reactivation resulted in a black box warning; some severe cases resulted in fulminant hepatitis, hepatic failure, and death.21 Over 100 cases of progressive multifocal leukoencephalopathy (PML) have been associated with rituximab, prompting the inclusion of a black box warning.21-24 PML is a rare demyelinating disease caused by reactivation of latent JC polyoma virus, which can present subacutely with cognitive impairment, motor weakness or poor coordination, speech problems, or vision changes. Recently, six cases of vulvovaginal pyoderma gangrenosum have been reported in the setting of rituximab used to treat B cell NHL.25-27 Rituximab can reactivate severe cardiac conditions such as myocardial infarctions, congestive heart failure, pulmonary
edema, and atrial fibrillation, so it is contraindicated in patients with pre-existing cardiac conditions.1 Other rare side effects include tumor lysis syndrome, renal failure, mucocutaneous reactions such as Stevens-Johnson Syndrome, cytopenias, bowel obstruction and perforation, and Kaposi sarcoma.21

The incidence of life-threatening adverse effects with rituximab is very low.4 Rituximab remains an option for patients refractory or intolerant to conventional therapies; however, long-term safety data is needed regarding side effects in off-label indications.

Rituximab has demonstrated therapeutic efficacy in a variety of autoimmune and immune-mediated cutaneous disorders in which traditional therapy has failed or caused significant intolerance. Rituximab is generally safe and tolerable with mild infusion-related and infectious complications. In the majority of patients, clinical symptoms resolve completely in a relatively
short amount of time. Another well-documented benefit of rituximab thus far is the reduced dose of corticosteroids and immunosuppressants required to maintain clinical remission; however, high rates of recurrence have also been documented. Recurrence may be due to the use of protocols designed by oncologists and rheumatologists. More directed studies are needed to develop innovative and relevant protocols specifically designed for use in dermatology. Guidelines designating appropriate and timely intervention that maximizes long-term remission while limiting recurrence will further enhance the value and use of rituximab in dermatology. Until long-term efficacy, tolerability, and dosing guidelines have been firmly established for rituximab in dermatology, care must be taken to individualize treatment regimens based on several factors, including immunologic status, disease severity, comorbidities, and response to standard therapy.