Two hallmarks of Alefacept, in addition to it’s efficacy profile are:

Dual Mechanism of Action of AMEVIVETM 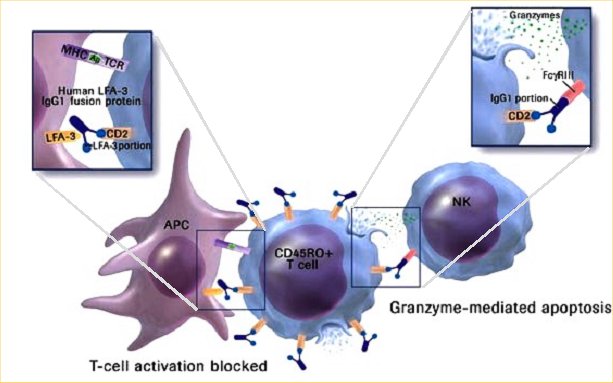 Clinical Evidence & Clinical Experience
There are limitations for regulators, pharmaceutical companies and pharmaceutical sales representatives to present clinical evidence following development of product monograph and drug approval. The product monograph is the starting point for this A-Detail™. It also contains evidence-based decision making processes, current standards of practice and clinical experience to provide a practical approach to the treatment of this condition.

Disclaimer: This A-Detail™ is meant to be a practical guide and does not necessarily reflect all risks, side-effects or situations associated with this product.