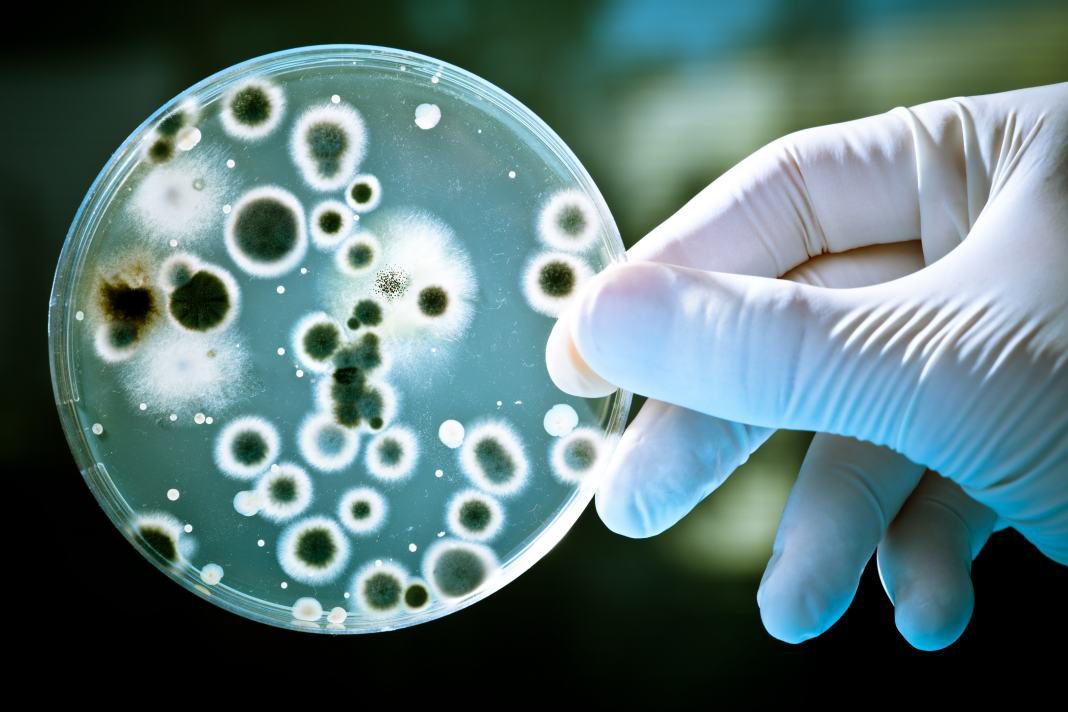 Conflict of interest: None Reported.

ABSTRACT
Melanoma is an aggressive skin cancer with a generally poor prognosis at Stage III-IV disease. Traditionally, metastatic melanoma was treated by surgical resection, when possible, and with systemic chemotherapy. New developments in molecular biology have led to the identification of immune checkpoints which are exploited by malignant cells, allowing them to go undetected by the immune system. Nivolumab (Opdivo®) is a human monoclonal antibody which prevents immune inhibition by interacting with PD-1 on tumor cells; thus, increasing tumor-specific T cell proliferation. Nivolumab has demonstrated efficacy superior to that of standard chemotherapy and relative safety in clinical trials. Indeed, the outcomes for patients with advanced melanoma are being improved by novel biologic agents such as nivolumab.

A melanoma is an aggressive tumor often occurring on the skin that is caused by the transformation of melanocytes into malignant cells.1 Many cases are classified as melanoma in situ, with tumors localized only to the epidermis (Stage 0); however, some melanomas are invasive and infiltrated the dermis (Stage I-II), and still others spread to nearby lymph node(s) (Stage III), or to distant lymph nodes and/or organ systems (Stage IV).2 Stage III- IV disease is termed ‘metastatic melanoma’ and occurs in roughly 30% of patients after excision of the primary tumor.2,3 The 5-year survival rate is 23% when metastatic melanoma presents in the skin.4 In order to evade immune recognition, certain tumors may exploit immune-regulatory checkpoints which suppress excessive T lymphocyte function in normal physiologic conditions; thereby permitting unregulated proliferation of malignant cells.5

Preclinical cancer studies suggest that interrupting co-receptor interactions responsible for inhibitory signaling on tumor- specific T cells would activate the anti-tumor immune response.5 One such co-receptor is programmed death receptor-1 (PD-1). PD-1 inhibits T cell activation, leading to reduced proliferation, cytokine production, and cytolysis via interactions with its ligands PD-L1 and PD-L2.6 On December 22, 2014, nivolumab (Opdivo®), a human monoclonal antibody against PD-1 receptor, was approved by the US FDA for the treatment of unresectable or metastatic melanoma that is unresponsive to other drugs.7 Nivolumab binds PD-1 with high affinity and impedes both PD-L1 and PD-L2 interaction; thus, increasing tumor-specific T cell proliferation.

Phase I and II

Two phase I dose-escalation trials were performed to assess the preliminary efficacy, safety and pharmacokinetics of nivolumab.6,8 Both trials enrolled participants with advanced metastatic non- small cell lung cancer (NSCLC), melanoma, castrate-resistant prostate cancer, renal cell carcinoma, and colorectal cancer. Doses ranging from 0.1-10 mg/kg of nivolumab were administered by intravenous (IV) infusion every 2 weeks. Pharmacokinetic data from these studies showed that the median time to peak serum concentration of nivolumab is 1 to 4 hours after dosing.8 Nivolumab yields an approximate serum half-life (t1/2) of 12 days for 0.3, 1, and 3 mg/kg doses and up to 20 days for the 10 mg/kg dose.6 Maximum concentration (Cmax) and area under the curve (AUC) are directly related to dose.6,8 PD-1-receptor occupancy on the surface of circulating CD3+ cells was also assessed.6,8 After one infusion at a dose of 0.1 to 10 mg/kg, surface occupancy was dose-independent with a mean peak occupancy of 85% (70% to 97%) observed at 4 to 24 hours and a mean plateau occupancy of 72% observed at ≥57 days;6 however, another study of cell surface occupancy in participants with melanoma showed that the median occupancy was 64% to 70% and varied according to dose.8 Tumor biopsies from phase I suggested a potentially significant association between PD-L1 cell surface expression and clinical response to nivolumab (P=0.048)6 which was further investigated in subsequent studies.

One-hundred and seven advanced melanoma participants from the phase I trial were followed for up to 4 years after treatment initiation to monitor survival, tumor remission and the long-term safety of nivolumab.8 Sixty-two percent of these participants had received at least two prior systemic treatments.9 The objective response rate (ORR), defined as the proportion of participants who had a complete or partial response was 25%, 18/26 participants were treated for a year or more.8 The ORR increased to 33% at 4 years’ follow-up, with a median response duration of 2 years.8,9 Stable disease lasting ≥24 weeks was originally observed in 6% of participants and increased by another 1% at 4 years’ follow-up.8,9 Median overall survival was 16.8 months (95% confidence interval [CI] = 12.5-31.6), and 1 and 2 year survival rates were 62% (95% CI = 53%-72%) and 44% (95% CI = 32%-53%), respectively.9

The most common treatment emergent adverse events (TEAEs) in participants treated with nivolumab were fatigue (32%), rash (23%), and diarrhea (18%).9 TEAEs of immunologic significance included skin disorders (35%), gastrointestinal disorders (18%), and endocrinopathies (13%). Five participants experienced Grade 3 or 4 TEAEs.9 The majority of AEs occurred within the first 6 months of treatment and the frequency of AEs did not increase with prolonged use.9

Yamazaki and colleagues reported preliminary results from their phase II study of 35 participants with advanced melanoma.10 Nivolumab was administered at a dose of 2 mg/kg every 3 weeks until unacceptable toxicity, disease progression, or complete response. The ORR was 23% (8/35) with median progression- free survival of 6.14 months. TEAEs occurred in 45.7% of participants and consisted mainly of elevated gamma-glutamyl transpeptidase, anemia, decreased hematocrit, hemoglobin and red blood cell counts, and loss of appetite. No drug-related deaths were reported.

A randomized, double-blind, phase III trial assessed the efficacy and safety of nivolumab versus standard chemotherapy (dacarbazine) in melanoma without BRAF mutation.11 Four- hundred and eighteen participants were randomized to nivolumab 3 mg/kg every 2 weeks (N=210) or dacarbazine 1000 mg/m2 every 3 weeks (N=208). ORRs and median progression-free survival are presented in Table 1. The ORR was significantly higher in the nivolumab group compared to the dacarbazine group and the proportion of participants with a complete response was higher with nivolumab than with dacarbazine (7.6% vs. 1.0%). The duration of progression-free survival was also longer in participants treated with nivolumab compared to those treated with dacarbazine.

The incidence of AEs was similar between treatments (74.3% vs. 75.6% in the nivolumab and dacarbazine groups, respectively); yet the frequency of AEs of grade 3 or 4 was lower for participants treated with nivolumab than with dacarbazine (11.7% vs. 17.6%).11 The most common TEAEs with nivolumab were fatigue (19.9%), pruritus (17.0%), and nausea (16.5%). The proportion of participants who discontinued the study due to TEAEs was 6.8% and 11.7% in the nivolumab and dacarbazine groups, respectively. No drug-related deaths occurred in either group.

Nivolumab’s efficacy in treating ipilimumab- or ipilimumab/ BRAF inhibitor-refractory melanoma was investigated in 405 participants.13 Participants were randomized to receive an IV infusion of nivolumab at a dose of 3 mg/kg, or investigator’s choice of chemotherapy (ICC), either dacarbazine 1000 mg/m2 every 3 weeks or carboplatin AUC 6 plus paclitaxel 175 mg/m2 every 3 weeks by IV infusion, until disease progression or unacceptable toxicity. Tumors were assessed at baseline, 9 weeks, and every 6 weeks for the first year, then every 12 weeks until disease progression, death or study withdrawal. Safety was assessed in all participants who received at least one dose of study drug. The primary endpoint was the proportion of participants who had an OR. Secondary endpoints included progression-free survival rates, and PD-L1 tumor expression.

ORRs and median progression-free survival are displayed in Table 1. ORRs were higher with nivolumab than with ICC, although no statistical comparison was made. Median time to response was 2.1 months and 3.5 months in the nivolumab and ICC groups, respectively. Median progression-free survival was not significantly different between nivolumab and ICC. The ORR with nivolumab was higher for PD-L1 positive tumors (43.6%) than PD-L1 negative tumors (20.3%), while ORRs were similar with ICC in both types of tumors (9.0% vs. 13.0%).

Until recently, surgical resection, when possible, coupled with standard chemotherapy was the rst-line treatment for Stage III melanoma and for palliation of Stage IV disease. However, the rates of recurrence and metastasis remained high, as the disease is often refractory to surgery and/or systemic treatment. Advances in genetics and tumor biomarker recognition have led to the synthesis of novel biological agents for the treatment of metastatic melanoma. Nivolumab is one such agent and with an improved safety and efficacy profile over traditional therapy, it proves a promising development in the treatment of advanced melanoma.

Nicotinamide: An Update and Review of Safety & Differences from Niacin

Imiquimod 5% Cream (Aldara®) in the Treatment of Basal Cell Carcinoma