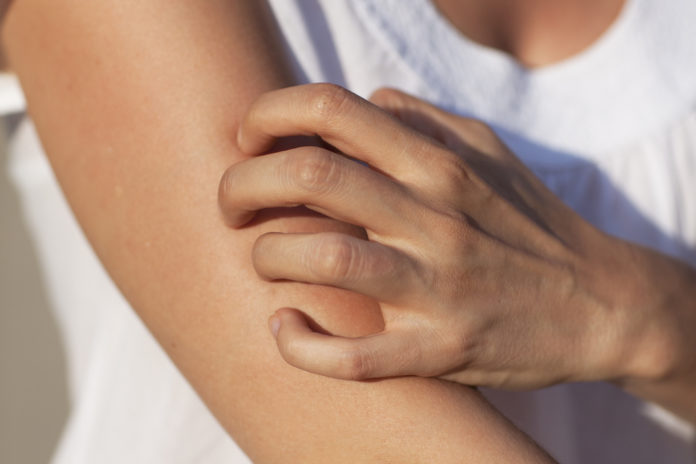 There exists a multitude of medical conditions that cause intractable itch, or pruritus. The successful management of this symptom depends explicitly on establishing the underlying cause. Studies have shown that drugs not traditionally used in the treatment of cutaneous disorders, such as opiate receptor antagonists, antidepressants, and antiepileptics, can provide symptomatic relief of intractable itch. These novel antipruritic agents will be explored in this review.

Itch, or pruritus, refers to an unpleasant sensation in the skin that provokes scratching. Arguably, all humans experience an itch at some point in their lives. One-fifth of the population is thought to suffer from some form of itch at any given moment.1 The intensity of pruritus ranges from mild to severe, and can have a significant psychosocial impact on patients, by interfering with their sleep and daily activities. Itch is one of the most common symptoms associated with cutaneous disorders that require treatment from dermatologists.

Its management presents a treatment challenge, as many therapies are often tried to no avail.

Causation can sometimes be easily established, such as a primary dermatological disease (e.g., atopic dermatitis, psoriasis, urticaria), underlying renal or hepatic disease, or a drug-induced reaction (e.g., opiates). However, in many cases resolution of the symptom does not follow even after the etiology has been established; this is especially true for chronic disorders.
Tables 1 and 2 summarize dermatologic and systemic disorders that can cause intractable itch.

The neuropathways responsible for relaying pruritus to the brain are well-known. The itch sensation is carried to the brain by a dedicated subset of nociceptive C neurons. Like the pathways for pain and temperature, the message is relayed to the spinal cord, then crosses the midline and ascends via the lateral spinothalamic tract to the thalamus, and then finally travels to the cerebral cortex.

There are many peripheral mediators of pruritus, which include histamine, cytokines (IL-2), tryptase, substance P, serotonin, and opioid peptides. The most potent from this list is histamine, which is released by dermal mast cells via many triggers (i.e., IgE crosslinking, substance P, complement C5a). This biogenic amine acts mainly as a neurotransmitter and plays a major role in skin reactions associated with urticaria, urticaria pigmentosa, and insect bites. Its role in other skin diseases (e.g., atopic dermatitis) is debatable.

Topical agents provide symptomatic relief. However, it must be stressed that successful management depends on establishing the underlying physiologic imbalance.

Systemic agents are tried if there is a specific indication or if the more conservative measures are ineffective. Antihistamines are predominantly used for treating urticaria, but are otherwise rarely effective for itch. The first generation antihistamines are sedating, but are generally considered to be the most effective when compared with its subsequent counterparts. Due to its potential to affect performance, sedating antihistamines should be administered at night. The addition of successive generations (second or third) may be helpful for daytime relief as they are minimally sedating. Tranquilizers have been used, but they only serve to sedate the patient and do not directly address the pruritic symptoms.

For patients who are unresponsive to traditional topical or systemic therapies, UV light (UVB or PUVA) may be an option. For example, UVB has been shown to be of benefit in the treatment of pruritus associated with chronic renal disease.2 After 2 weeks of three treatments per week, improvement can be seen. If no improvement is detected following this treatment regimen, phototherapy should be reconsidered. Clinical experience seems to indicate that maintenance therapy is not required.

In the past, if traditional agents were not effective, dermatologists had few other options. The emergence of a new understanding of the pathophysiology of itch has led to novel uses of existing therapies to treat pruritus, which include opiate receptor antagonists, antidepressants, and antiepileptics. The addition of these drugs to the dermatologist’s therapeutic arsenal provides options to patients who are inadequate responders to traditional agents. Table 3 provides a summary of these unconventional antipruritic agents.

Pruritus is a very common symptom that is associated with many dermatologic and systemic conditions, and can be challenging to treat. Conventional therapies such as topical agents and antihistamines are often not effective. Novel therapies such as opioid antagonists, antidepressants, and anticonvulsants are emerging as promising treatments for intractable itch.