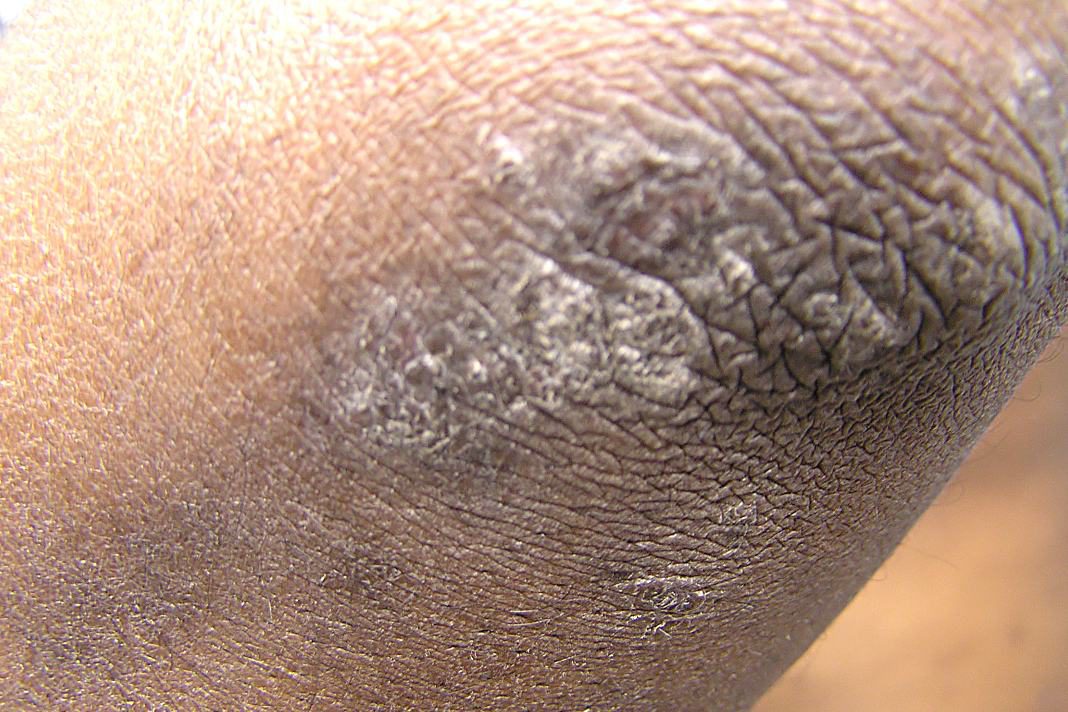 Psoriasis vulgaris is an autoimmune disease in which activated T-cells express TH1 cytokines. It is manifested by cellular hyperproliferation, lack of differentiation and inflammation. Approximately 1/3 of patients have a relative with psoriasis, and 85% have a link with the HLA-Cw6 gene.

Impact on the Sufferer

Psoriasis has a greater mental and physical impact than myocardial infarction, hypertension, diabetes mellitus, arthritis, and cancer; only depression had a greater mental impact, and congestive heart failure a greater physical impact.[Rapp SR, et al. J Am Acad Dermatol 41:401-7 (1999).] A 1998 US National Psoriasis Foundation survey showed that 40% of individuals with psoriasis had trouble receiving service in establishments such as hair salons, pools and health clubs. In the 18-34 year age group:

Avoid trauma (e.g., a scrape). In ~1/3 of patients injury to the skin can induce psoriasis in the area of injury (called the “Koebner phenomenon”).

In some patients beta-blockers, ACE inhibitors, antimalarials and lithium may aggravate the disease or make it more resistant to treatment.

These are the most commonly used treatments, either as monotherapy for localized disease, or as adjunctive treatment for moderate-to-severe disease.

Psoriasis is considered to be moderate-to-severe if it affects10% or more of the body surface area, OR less than 10% if:

a) plaques are very red, thick, and scaly, or
b) there is a significant impact on quality of life (e.g., functional impairment, marked discomfort) or
c) disease is resistant to topical agents. Phototherapy, traditional systemic agents and biologic agents are used with adjunctive topical agents