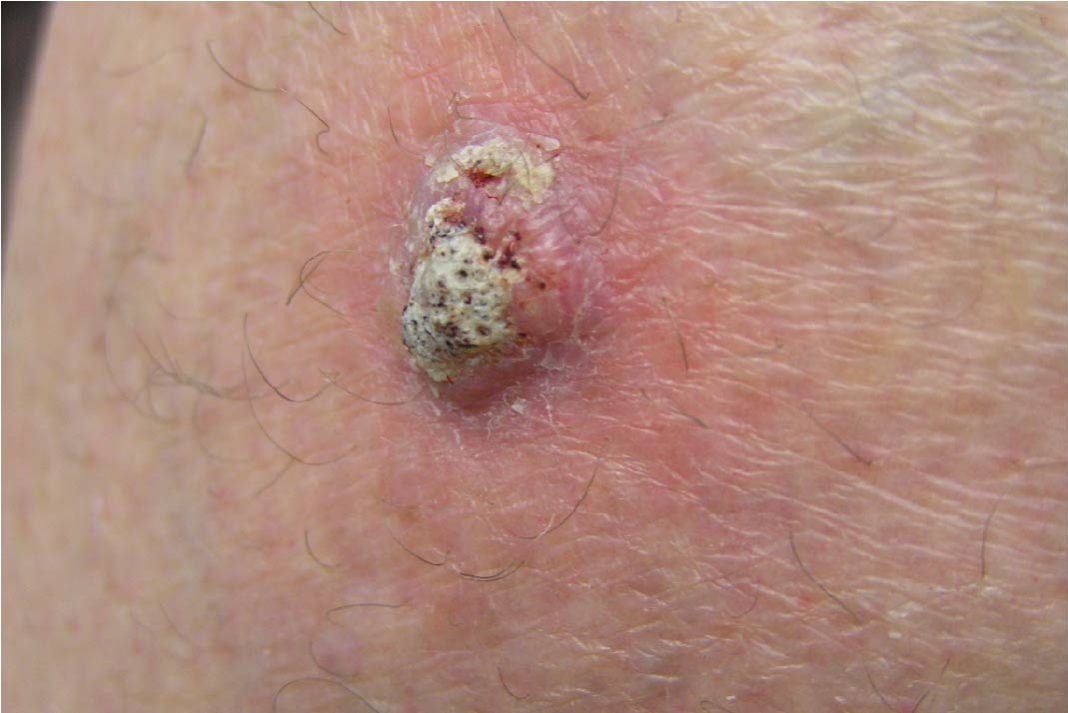 – most small lesions that are less than 2 cm

– superficial or SCC that has not spread

– tumours that have previously been treated with radiation therapy

Used for all types of squamous cell cancer. It is commonly used for:

– areas that are at high risk of recurrence (eyelids, nose, ears, forehead, scalp), as well as areas that have

– areas where it is important to keep function and appearance

– lesions that are larger than 2 cm, and lesions with poorly defined borders

– aggressive tumours, and invasive lesions that have spread to nerves, cartilage or bone

– tumours that have been left untreated for a long time

– lesions that had not been completely removed with prior surgery

Used after surgery for:

– squamous cell carcinoma that has recurred after surgery

– to relieve or control the symptoms of very large tumours

– for people who are unwilling or unable to undergo surgery

– tumours on the eyelid, cheek, earlobe and nose

– not used for verrucous carcinomas (slow growing and less aggressive)

– drugs used most often in chemotherapy:

– small areas that are less than 2 cm

Should not be used for:

– larger lesions that are greater than 2 cm

– hairy areas like the underarms, scalp, and the pubic area

– areas where it is important to keep function and appearance

Nicotinamide: An Update and Review of Safety & Differences from Niacin

Imiquimod 5% Cream (Aldara®) in the Treatment of Basal Cell Carcinoma