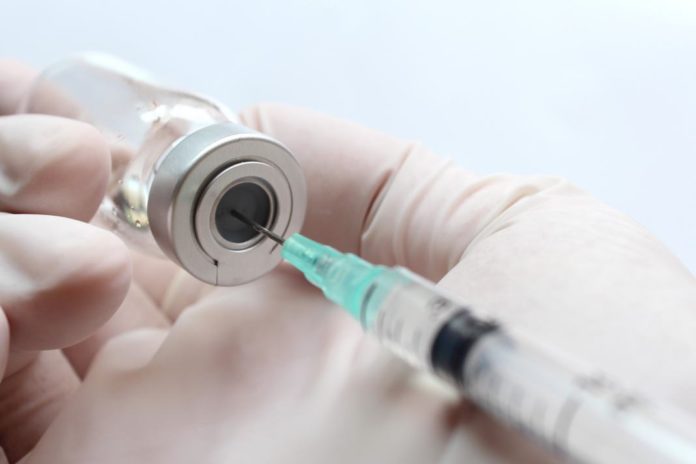 Human papillomavirus (HPV) infection is the known cause of almost all cases of cervical cancer. An understanding of the HPV genome has allowed the development of two prophylactic vaccines capable of protecting against both persistent HPV infection and cervical intraepithelial neoplasia (CIN) with 100% efficacy in fully vaccinated women. The vaccines, manufactured by Merck (Gardasil®, which was approved by the US FDA in June, 2006) and GlaxoSmithKline (Cervarix®, which will be submitted for US FDA approval by the end of 2006), both target HPV types 16 and 18, which together account for 70% of cervical cancer. Merck’s vaccine also targets HPV 6 and 11, covering =90% of genital warts. These vaccines are highly immunogenic and have an excellent safety profile. HPV vaccines promise to offer an exciting contribution to healthcare and cancer prevention. However, many questions remain concerning who to vaccinate, the duration of protection, cost, public acceptance, and the potential for worldwide distribution.

Cervical cancer is the second most common cause of death from cancer, after breast cancer, among women worldwide. The American Cancer Society estimates that over 9,700 women will be diagnosed with cervical cancer in 2006 and approximately 3,700 will die from it. Worldwide >500,000 develop cervical cancer resulting in 290,000 deaths annually. Persistent infection with high-risk HPV genotypes is the main cause of most, if not all, cervical carcinogenesis. HPV infects the stratified squamous epithelia of skin and mucous membranes, potentially causing a range of epithelial proliferative lesions ranging from warts to cancer. About 30–40 of the 100 known genotypes of HPV are sexually transmitted and cause genital infection. While there is no routine screening for HPV infection, it is thought to be the most common sexually transmitted disease in the United States. Approximately 6.2 million new cases of genital HPV occur each year, with an estimated prevalence of about 20%–40% among sexually active young women. The lifetime risk for women is thought to be at least 75% for one or more genital HPV infections.1-4

HPVs are small, nonenveloped viruses whose 8-kb circular genome is comprised of three regions: the long control region (LCR), the early region (E), and the late region (L). The early region consists of genes E1–E8 which encode nonstructural proteins responsible for transcription, plasmid replication, and transformation. The late region codes for the major (L1) and minor (L2) proteins that form the viral capsid. The development of a prophylactic HPV vaccine stemmed from findings that L1, the major capsid protein, self-assembles into empty capsids, called virus-like particles (VLPs), when it is expressed from eukaryotic vectors such as recombinant vaccinia, baculovirus, and yeast.5,6 VLPs are free of viral DNA and are noninfectious. Their morphologic similarity to virions provides a source of neutralizing epitope that elicits an antibody response.

Two pharmaceutical companies, Merck and GlaxoSmithKline (GSK) have each developed an
L1 VLP vaccine. Merck’s vaccine, Gardasil®, is quadrivalent and targets HPV types 16/18/6/11. HPV 16 and 18 account for about 70% of cervical cancer (50% and 20%, respectively)4, while types 6 and 11 account for =90% of genital warts. Gardasil®  received a unanimous 13–0 vote on May 19, 2006 from a US FDA Advisory Committee endorsing the vaccine, and on June 8th it received full US FDA approval for use in women 9–26 years of age. It will be marketed as a prevention of cervical cancer, precancerous genital lesions, and genital warts due to HPV types 6, 11, 16, and 18. The Centers for Disease Control’s (CDC) Advisory Committee on Immunization Practices (ACIP) will draft recommendations and schedules for the administration of the vaccine in the US. Merck Executive Director of Medical Affairs, Rick Haupt, said the company is prepared to make Gardasil® available “within weeks” of the FDA’s decision.7 The catalog price for Gardasil® is $120 for each of the three doses, a possible impediment to worldwide vaccination campaigns.

GlaxoSmithKline’s vaccine, Cervarix®, is a bivalent HPV 16/18 vaccine that is currently in Phase III clinical trials. GSK submitted a marketing application for Cervarix® in March of this year to the European Agency for the Evaluation of Medicinal Products (EMEA). Filings will follow in Australia, parts of Asia, and Latin America, with submission to the US FDA anticipated by the end of 2006.

Safety, Efficacy, and Duration of Protection

Clinical trials by both companies have been randomized, double-blinded, placebo-controlled, multicenter trials conducted in HPV-negative young women ranging from 15–25 years of age. The safety profile is excellent, with the most common side-effect being brief soreness at the injection site.

To evaluate vaccine efficacy, the end points used were a reduction in the incidence of moderate (CIN2) and high-grade (CIN3) dysplasia. In Merck’s FUTURE II trial, more than 12,167 women ages 16–23 were randomly assigned to receive three doses of Gardasil® or placebo over 6 months. Women were followed for an average of 2 years after enrollment, and no one in the Gardasil® group developed persistent infection with HPV strains 16 or 18. Gardasil® prevented 100% (n=5,301) of cases of CIN 2/3 associated with HPV types 16 and 18 compared with 21 cases in the placebo group (n=5,258). Efficacy was found to be 97% when analyzing a broader group, which included the women who did not receive all of the Gardasil® doses or did not follow the study protocol. All participants experienced 100% antibody responses tothe HPV strains 6, 11, and 16, and 99.1% developed strain 18 antibodies. Merck has studied the vaccine in males, who also displayed =99% antibody response. However, vaccine efficacy in males is difficult to evaluate considering that HPV-related anogenital cancer is very rare in the US, with the exception of HIV-positive homosexuals. In an effort to find out how long the vaccine will be protective, Merck will be following participants of the FUTURE II study for several years.8-9

GSK’s Cervarix® vaccine has also been shown to be 100% effective in preventing infection with HPV strains 16 and 18. A follow-up study looked at 776 of the 1,113 women aged 15–25 years in the US, Canada, and Brazil enrolled in the 2004 study in which women were given three doses of Cervarix® or a placebo. This study reported high levels of antibodies for up to 4.5 years after receiving the vaccine, providing useful information regarding duration of protection.6

Cross-protection and therapeutic potential are important issues under continued investigation by both companies. GSK’s Cervarix® has been associated with some cross-protection against HPV45 and HPV31, although this protection was less complete than that offered against types 16 and 18.6 Merck has noted a potential therapeutic benefit of the vaccine for women who already have an HPV infection. In one study a subcohort of women who were HPV16 DNApositive at enrollment but anti-HPV16-seronegative were found to be less likely to develop subsequent HPV16-related CIN2–3 than those who received placebo injections. A therapeutic vaccine could be used to halt the progression or prevent the recurrence of established disease.

There are many questions surrounding the implementation of the HPV vaccine. Debate
concerning who should be vaccinated will soon be revealed by the CDC, but the public’s recognition, understanding, and acceptability of the vaccine is yet to be determined. Critics are also concerned that women will consider the vaccine a replacement for routine Pap smears; however, vaccinated women will still be vulnerable to other types of HPV, accounting for 30% of all cases of cervical cancer, and will need to continue to be screened. The challenge remains for feasible distribution in developing countries, where 80% of cervical cancers occur. Despite these concerns, the potential for a vaccine that protects against HPV-related cervical cancer is a tremendous advancement in public health. It will have a powerful impact on healthcare costs, the future of cancer prevention, and the overall well-being of women worldwide.

The Role of Imiquimod 3.75% Cream in the Treatment of External Genital Warts

A Review of Therapeutic Options for Genital Warts

Wart Treatment by Type of Drug and Procedure